Walking the pilgrimage road An old road, once walked by Kobo Daishi

Several pilgrimage roads stretch from different directions, leading to Yashima Temple on the summit. The most popular one is the prefectural road that runs in front of Yashima Elementary School at the base and northward to the summit.
It is said that Kobo Daishi walked this old road, along which notable sites connected to him are scattered, and stories are introduced on guideboards and other signs. When you reach the summit, you will see the entrance to Yashima Temple, which leads you to Niomon Gate, Shitenmon Gate, and the main hall. Experiencing them in that order enhances the experience.
This pilgrimage road is cobbled, has stairs, and is kept weather resistant in other ways, enabling people to experience this leg of the pilgrimage safely, rain or shine. However, the first half of the slope is relatively steep, so be prepared for that.

Start at the cobbled stairway trailhead.

The pilgrimage road runs through nature.
This is the start of pedestrian-only road.
The fist section after the trailhead is a cobbled stairway. 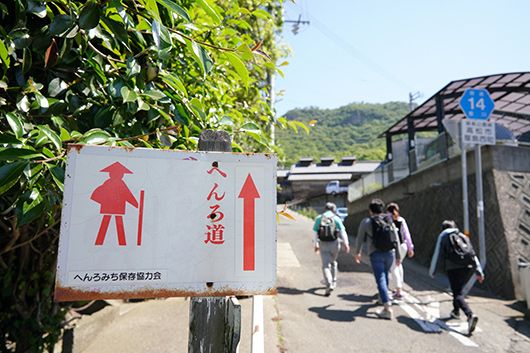 This is a legendary place where water began to spring when Kobo Daishi held a religious service in honor of Buddha and performed incantations. It is said that the spring water will never stop flowing even if ponds and wells elsewhere dry up due to a drought. 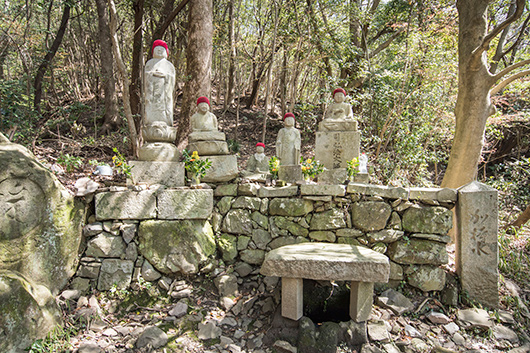 The legend of a pear that Kobo Daishi wanted to eat

As Kobo Daishi climbed Yashima, he came across ripe pears that looked delicious and asked the owner of the tree to give him one. The owner lied, saying, "They are inedible pears." It is said that the pears then became as hard as stones and truly inedible.
The location of this legendary event is a rest point on the pilgrimage road. 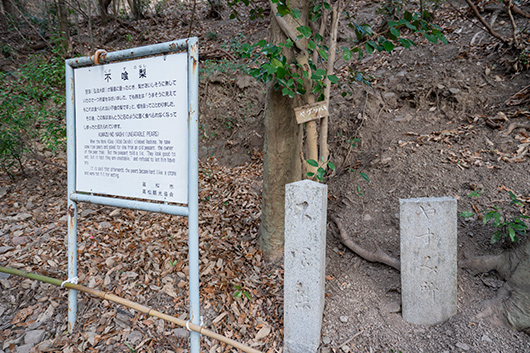 These rocks feature odd shapes, making them look like tatami mats stacked in layers.
They were formed as a result of the horizontal development of sanukite andesite.
It is said that the rocks were named after a poem composed by Saigyo Hoshi, which goes, "Yadorishite Kokoni Karine no Tatami-ishi Tsuki wa Koyoi no Nushi Narikeri (I sleep here, by the Tatami-ishi, with the moon as my landlord tonight)." 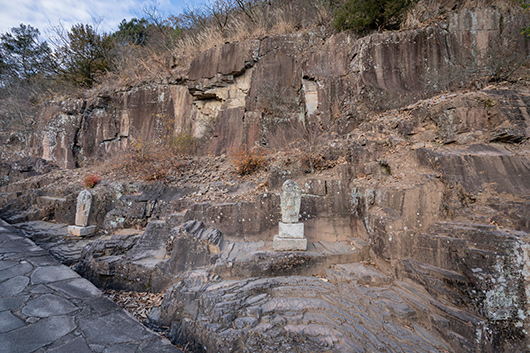 The 84th Fudasho (temple issuing amulets) of the 88 temples on the Shikoku Henro Pilgrimage, featuring the stylistic beauty of the Kamakura period (1185 to 1333)

The history of this temple goes back to 754, when Ganjin (Jianzhen), a Chinese monk, built the temple building Fugendo on the northern part of Yashima and enshrined within it a statue of Fugen Bosatsu (Samantabhadra Bodhisattva) and a Buddhist sutra, which he had with him. Later, a pagoda was built by Eun Risshi from Todai-ji temple’s Kaidan-in, who was a disciple of Ganjin. He also built a monastery, named the temple Yashima Temple (Yashima-ji), and became its first abbot. In 815, Kobo Daishi visited Yashima-ji upon orders from Emperor Saga and transferred the temple buildings on the northern part to their present location on the southern part. He also carved an eleven-faced, thousand-armed statue of Kannon (Avalokiteshvara) and enshrined it as the temple’s principal idol.
During the Tenryaku period (947 to 957), Myotatsu Risshi dedicated the Shitenno (four heavenly kings) statues. The current principle icon of the eleven-faced, thousand-armed Kannon was created at that time. It is designated as an important cultural property of Japan. The main hall of the temple, which is also designated as an important cultural property of Japan, was built in the Kamakura period (1185 to 1333). During the Edo period (1603 to 1868), it was renovated many times with support from successive local lords. 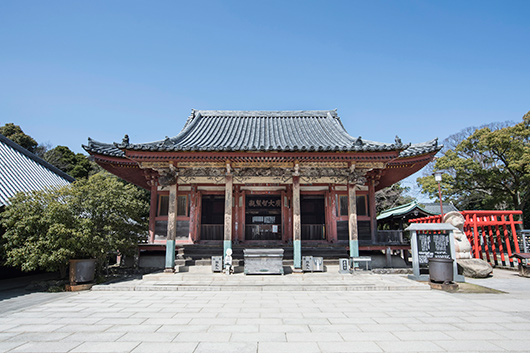 Find out more about Yashima Temple

Official prefectural trees from all over Japan are planted in this single place!

This is a rare natural area where prefectural trees from all over Japan are planted. It is one of the best places to take photos and draws many local amateur photographers. Events are held frequently in the nearby square. The west side of the square has a panoramic view of the city center of Takamatsu. The stunning view also includes Goshikidai and Yashima Bay. 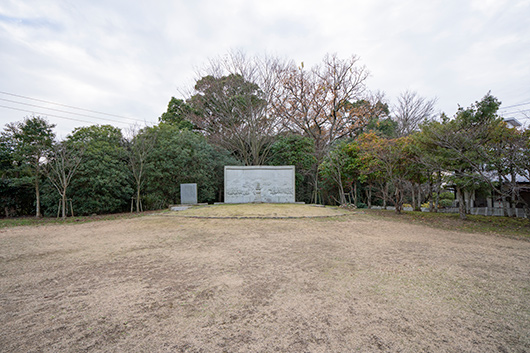 A perfect view! The top of the west side of Yashima.

Follow the flat ridge road from Kenbokuen to the summit of Nishione (western ridge).
This is a perfect place to enjoy a scenic view of the Takamatsu city center and the Yashima Castle ruins. 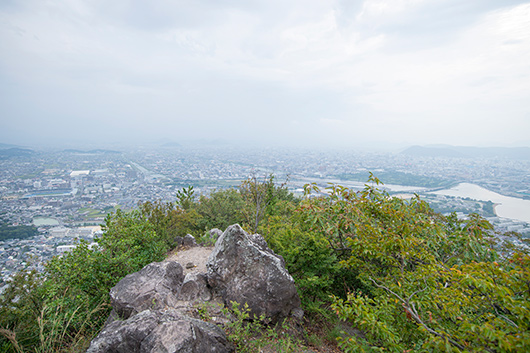